There was a dual celebration at Leamington Shopmobility on 16th July. Former trustee David Greenwood presented Amelia Giles with the Leamington Rotary Community Spirit Award for her work as a trustee, explaining that she was one of the town’s unsung heroes. Amelia has worked for eight years tirelessly, for the good of the organisation.
David also presented a cheque for £250 pounds to Leamington Shopmobility (with a further amount of £100 to arrive shortly), from the Rotary Club of Royal Leamington Spa. This is to further our work in the town. Ann Morrison accepted the cheque with gratitude, on behalf of the trustees.
David has been a loyal and hardworking member of the Leamington Shopmobility Board of Trustees for many years. At the recent AGM, when David formally retired, the trustees thanked him for his valuable contributions and support. His presence will be greatly missed. 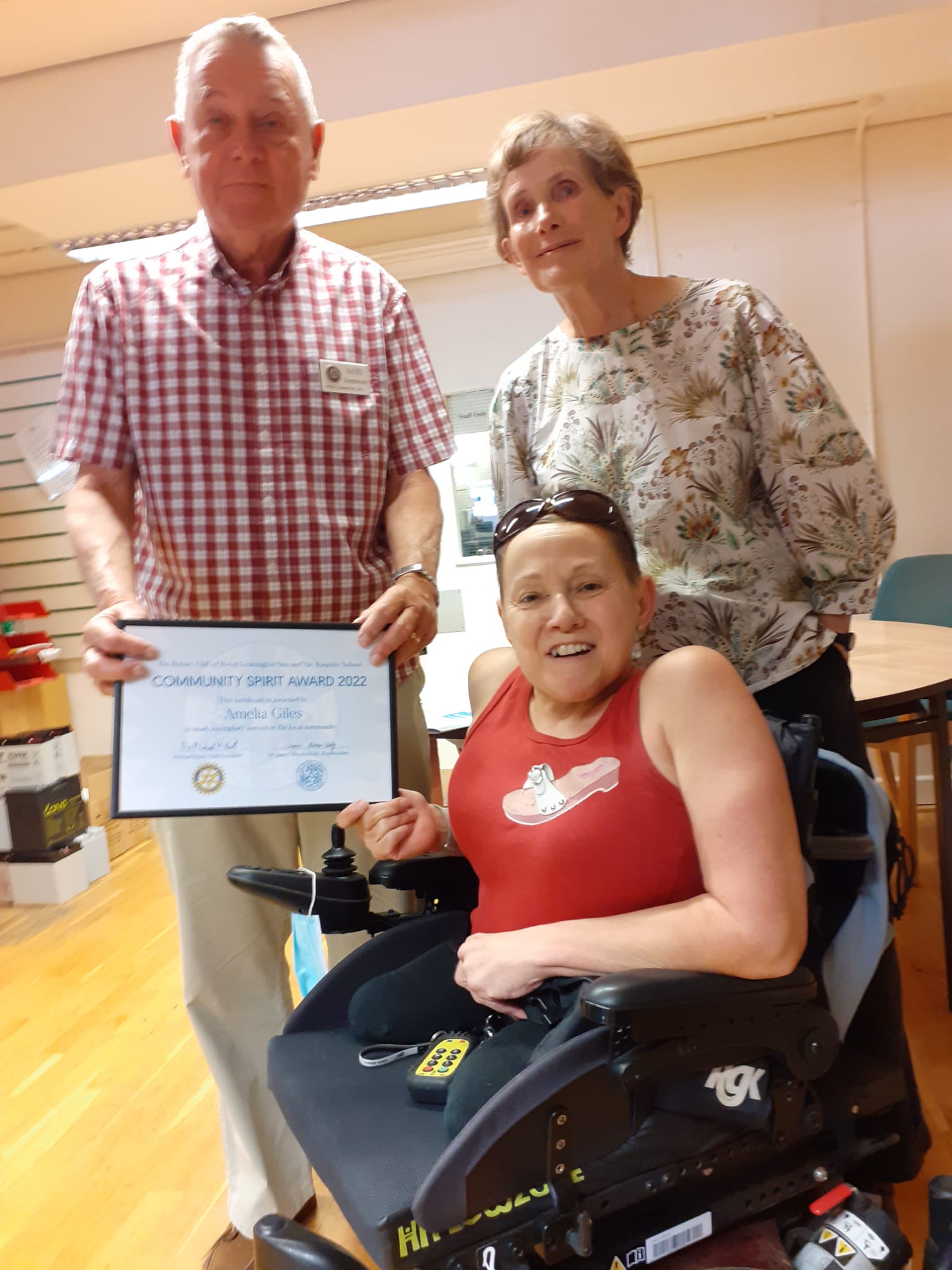 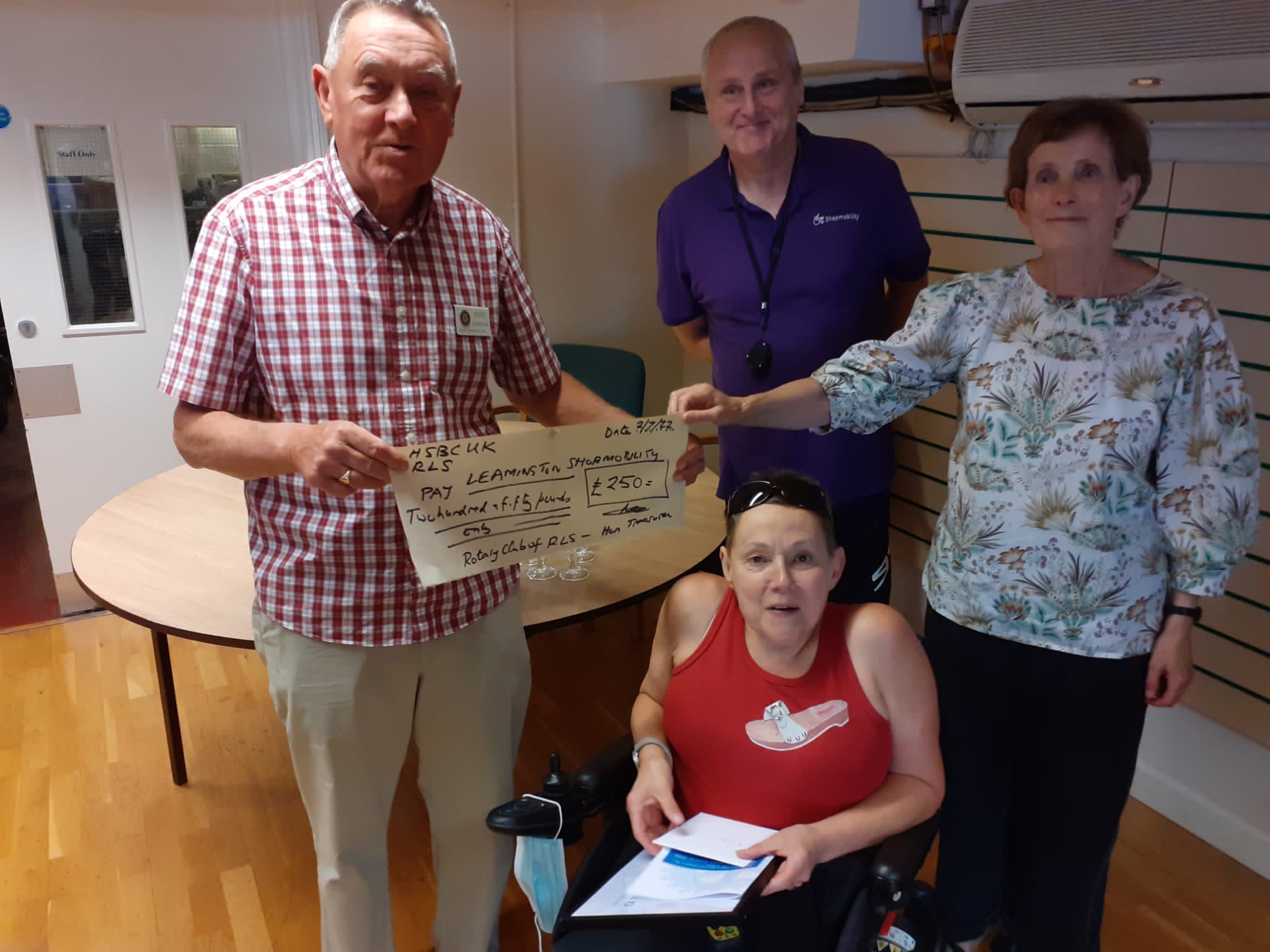